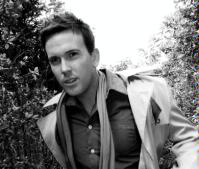 Rare magazine said, “Sean’s voice is so beautiful that it creates a hypnotic and lyrical soundscape that belies his years.” Rave magazine said “With a style more akin to a torch song diva, Ikin commands the stage like he was born to it.” The Courier Mail said Sean has “...a strong voice with undeniable melodic gifts!”

Having been accepted into a Bachelor of Arts, Drama and Bachelor of Education Double Degree at QUT, Brisbane in 1996, Sean learnt quickly the importance of having self-confidence in a performance environment. With little to no performance experience, it was a sink or swim situation for Sean, learning to swim very quickly in order to maintain his position in the elite acting school. One and a half years later, while funding his university degree with a quiet, weekly gig at a local restaurant, singing and playing guitar, Sean was discovered by a well respected music industrialist. The man was so taken with Sean’s natural abilities as a singer that he immediately took on the task of introducing Sean to the Australian music scene.

It wasn’t long before Sean was signed with not only one of Australia’s leading management teams, but to Universal Music, the world’s largest record company, for a 5 album recording deal. During this time, Sean put into action the performance knowledge he had acquired at university, spending the next two years of his life writing, producing and recording original songs, and performing alongside some of Australia’s finest singers and songwriters. Spending a week on the road with Christine Anu, sharing the stage at the NYE 2001 concert in Sydney with Human Nature, S2S, Vanessa Amorosi, Madison Avenue and countless others, supporting Australian legend James Reyne, and working with Australia’s finest producers, saw Sean discover his voice, and a stage charisma that has impressed thousands and thousands of fans.

During this hectic touring schedule, Sean managed to release his debut single, ‘Everything I Can’, an enchanting, acoustic driven track, showcasing the talent of a true vocalist, rightfully reaching number 4 in the Australian Country Music Charts. New Weekly Magazine gave the single 5 stars, saying that it was “so heartfelt and beautiful, that it makes you want to stop whatever it is you are doing and simply listen.” Not long after the success of ‘Everything I Can’, Sean released his second single, ‘Honeymoon in Vegas’, which sat at number 1 in the Australian Country Charts for 6 weeks.This, a more mellow song, showcased Sean’s abilities as a storyteller and lyricist, as well as an uncanny ability to connect with his audience.

Having enjoyed the recording process, Sean found he missed the intensity of live performance, longing for more time on the stage. So, during this time, writing, recording and producing, Sean embarked on passionate voyage of jazz appreciation. With an undying love of performance, Sean gathered together some of Brisbane’s finest jazz musicians and started playing local jazz gigs, for no other reason than for the love of the music. A passion he continues to savour.

With years of music industry, performance and vocal experience, Sean is now one of Australia’s finest singers. His is the timeless, ageless and boundless voice of someone who truly loves what it is they do, which can be felt by all that hear and see him perform.