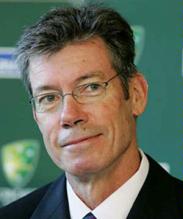 John Buchanan will always be renowned for delivering Queensland their first Sheffield Shield title in the 1994-1995 season, his first season with the Bulls. In his five years coaching the Queensland Bulls, they won the Sheffield Shield and the Mercantile Mutual Cup twice. John began his cricket career playing for the University Club in Brisbane.

He then went on to represent Queensland in seven Sheffield Shield matches between 1978-1979, scoring 160 runs in 13 visits to the crease, with a top score of 41 against NSW. John became the Australian Cricket Team coach after the retirement of Geoff Marsh in 1999 and led the team to a World Record of sixteen straight Test match wins and an unbeaten record of 24 one day international victories in two successful World Cups.